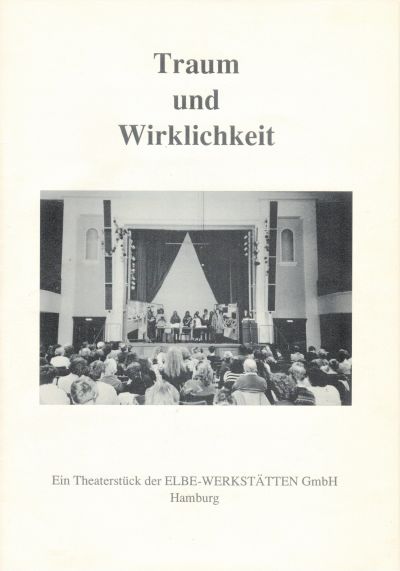 Reflections on the play "Dream and Reality"

Exclusion from dialogue leads to mental disability. Without being able to communicate with other people, it is impossible for anyone to develop individuality. Language based on domination and subordination, degenerates into superficial performance. Workers learn this language more for show than an actual process of becoming aware. They are judged, but they are rarely understood, they learn to respond to the language of others, but they themselves have few opportunities to act independently. Their habitual response to this language is mute, speechlessness.

Their culture is the culture of silence.

During the development of the play they develop the courage to make their own language. Then they have the experience of being heard. The play "Dream and Reality" has been performed on big stages in Gdansk, Magdeburg, Hamburg and Hanover. Organizers paid between 1000- 2000 - DM for a performance.