Teaching Children with Down-Syndrome (in German)

Down Syndrome: Gifted Children in School

The film shows that children with Down syndrome are talented children when they receive lessons that fit to their interests. "Teaching means that children are allowed to perform tasks that they want to solve but can not solve on their own, anything else is not teaching."

Flora is three years old. She knows all letters big and small. These letters help her discover the life of the owl in a book at the age of four. She now knows that she has a fine ear and orange eyes with which she sees in the night and captures mice with her four sharp claws. She strokes the feathers of the owl and realizes that she has a body, a throat, a heart, a stomach, a gut and a face like her. Julia puts words at the age of four. At the age of seven, she now writes dictations at school using plastic letters. Carlotta learns the spoken language with the help of the letters at the age of five.

Kollja began reading at the age of sixteen. He wants to learn to do magic. He enjoys reading the magic tricks. Even though it was very laborious at first, he practiced diligently every day. As a great wizard, he now shows his tricks on birthday parties and amazes the guests and the audience of this film in astonishment.

Timo works as a scientist. He researches the density of different liquids. He says, "I'm curious about every new experiment." Josefine started reading at the age of four. She regularly gets books from the library. She works out every sentence to understand the meaning of the whole text. It brings the message to the term: "It does not matter to be brave, but use your mind wisely." This has already been said by Immanuel Kant. Marvin still has problems with loud speaking, but reading is easy. He reads the jungle book of Disney. There he learns how Mogli uses the fire as a weapon against Shir Khan.

When the eyes of children shine, the frontal brain is innervated, cell activity is active, and new nerve connections are formed.

This film convinces parents, doctors and educators that children with Down's syndrome are not mentally disabled from birth. 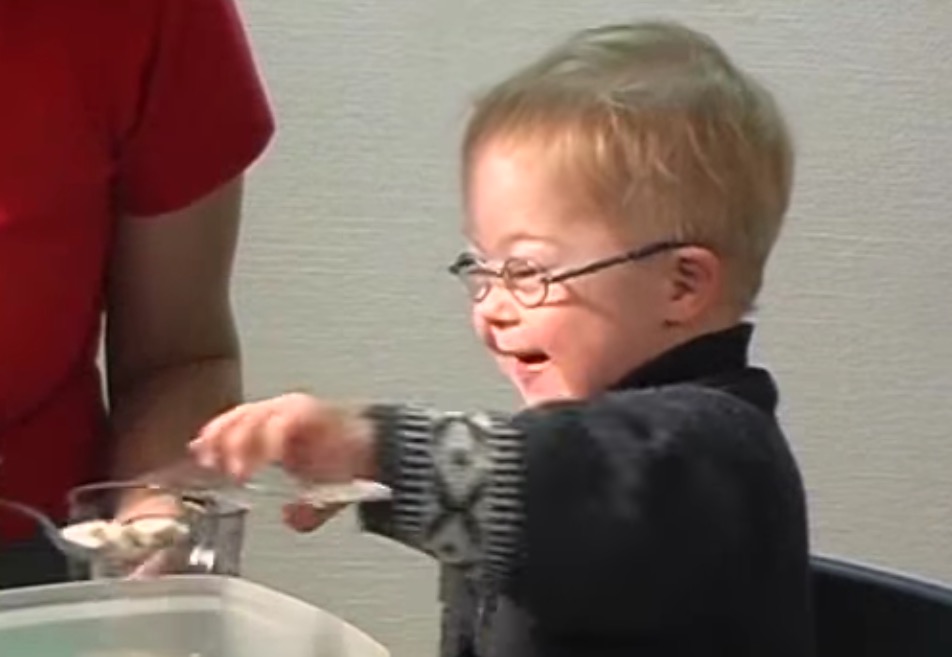 Math is thinking. Thinking should not be learned at school, but from birth. Milan learns in the early years by the back and forth pouring of beans from one glass into another the reversion. David classifies cutlery according to shape and color. Mia also classifies different columns according to color and shape. She also builds stairs from the pillars. So she realizes that each column belongs to a certain class and has only one place. Before the children are counting, the number term becomes aware for the toddler and preschoolers as classification and seriation.

Eric recognizes that in order to find the right solution, he needs to use his memory. Josefine discovers the invariance. Marvin discovers the meaning of the place value system and the ten's transition. Tom makes the model aware that 3 times 4 is exactly as much as 4 times 3. That children with Down syndrome have big problems learning logical thinking, as the film shows, is a prejudice. The film shows alternatives to conventional math lessons. Math can not be learned with visual aids in the field of perception and certainly not by practicing; rather, teaching must enable the children to go into opposition to perception. For the infant, math means common divided sense, common divided perception for the toddler, common divided remembrance for the preschooler, and common divided mental action plans for the schoolchildren. Understanding is an unimaginable happiness for the children.

Let us live, let us learn 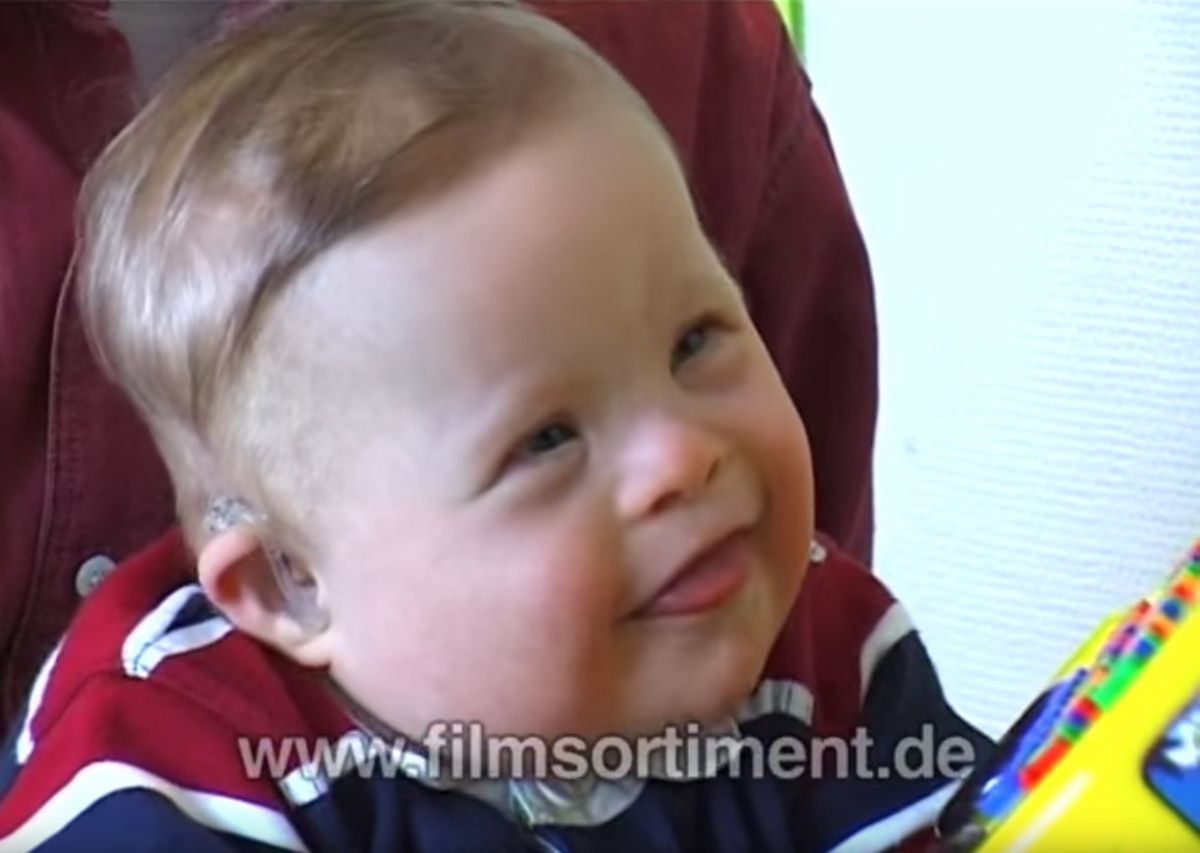 The developmental delay in children with Down syndrome is a biopsychosociocultural problem. Therefore, it can only be solved if the children find conditions that meet their development opportunities.

The film shows ten children who study at the Christel Manske Institute one hour a week. Florian, David and Mia learn to sharpen all five senses in the shared activity with different toys and to synchronize them with the help of the linguistic accompaniment. Timo and Sean are enthusiastically learning letters as meaningful sounds as preschool kids writing on the computer. They speak "FFFF" when they blow out a candle. A photo highlights the plot and the letter F designates it. In addition, the children learn for each letter a hand gesture that symbolizes the activity. This gesture helps them to read foreign texts because it controls the eyes and lip movement. Although Philip suffers from autistic symptoms, he learns to speak meaningfully. Christian sometimes throws chairs, breaks letters and destroys his work results. He says, "Because I can not learn." When he came to us at the age of nine, he had not yet learned a letter at school. He is not aggressive, he is desperate for conditions that hurt him on a daily basis. Christian is happy with his own reading book because it makes it clear to him that he has already learned a lot. Marvin and Josefine already read and write words as kindergarten children. They are prepared for school lessons. At the age of eleven, Malte, with the help of hand gestures, can independently read such difficult words as "sugar cane juice". When he came to our practice at the age of nine, he could hardly communicate in the spoken language. Through reading, he learns to speak in complete sentences. The grammar is getting better every day.

The film "Lasst uns leben, lasst uns lernen" is an appeal to parents, doctors and educators to work together for all children to learn together. Integration and inclusion without a lesson that enables all children to develop is still isolation. Common divided learning precedes runs ahead development.